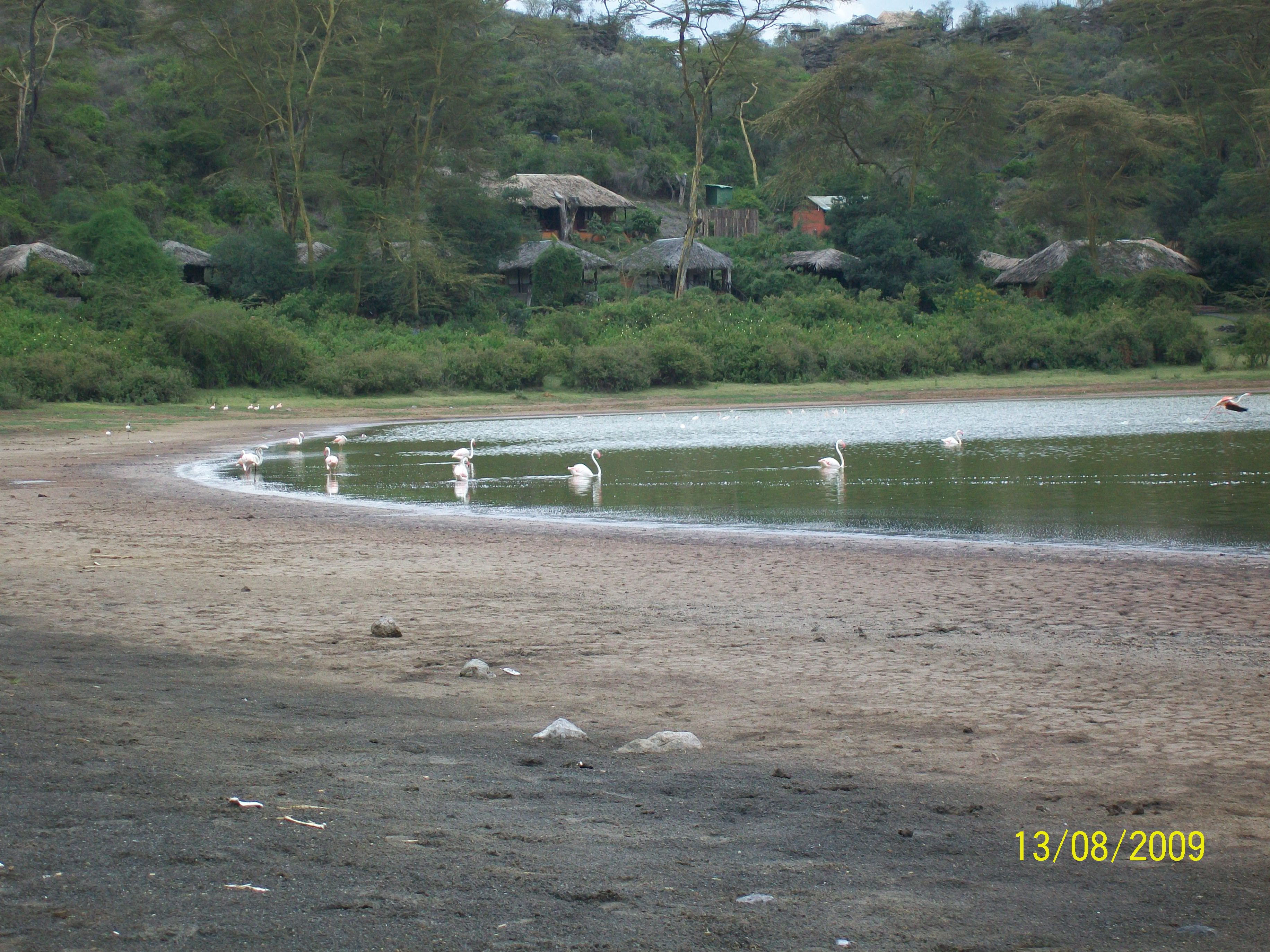 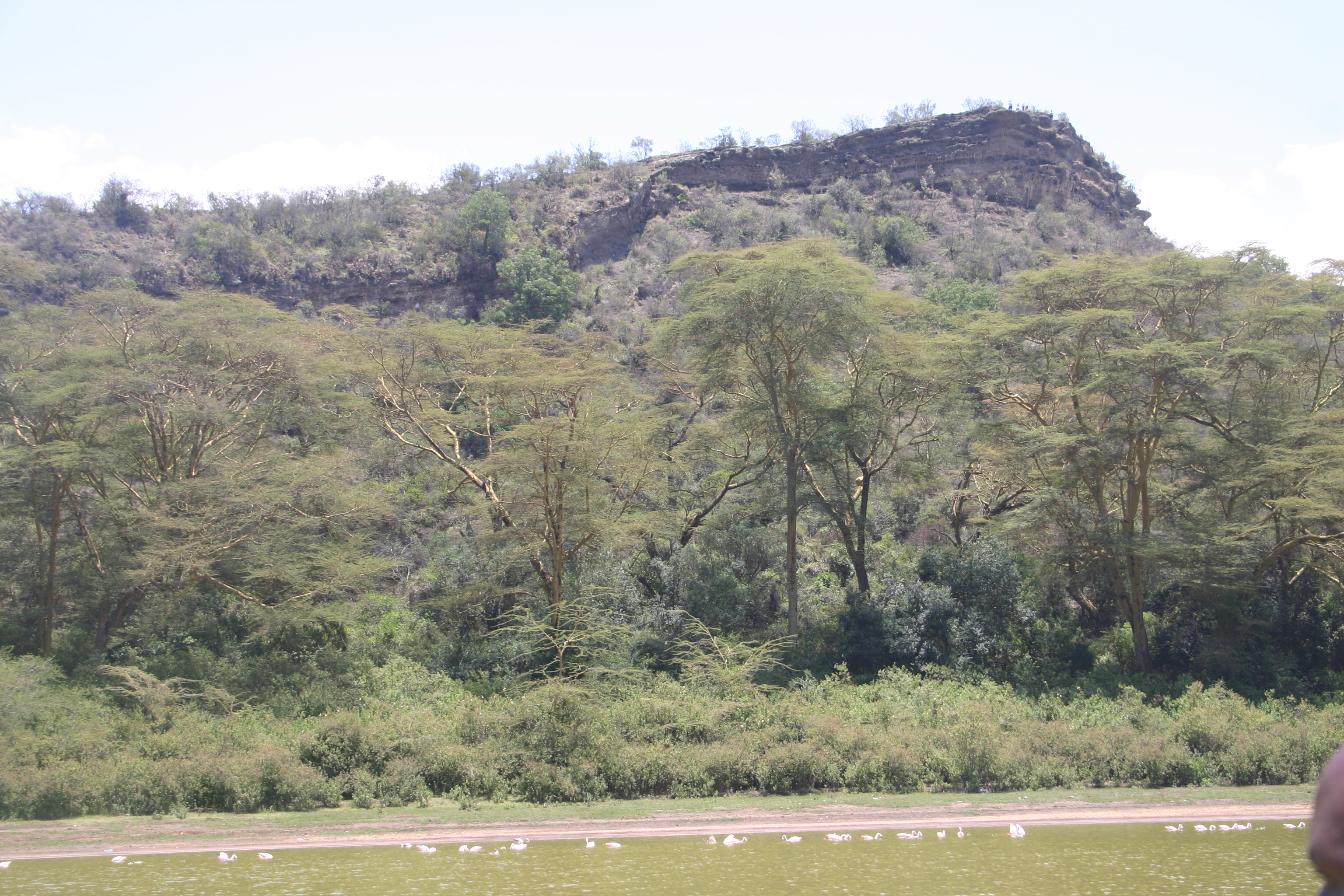 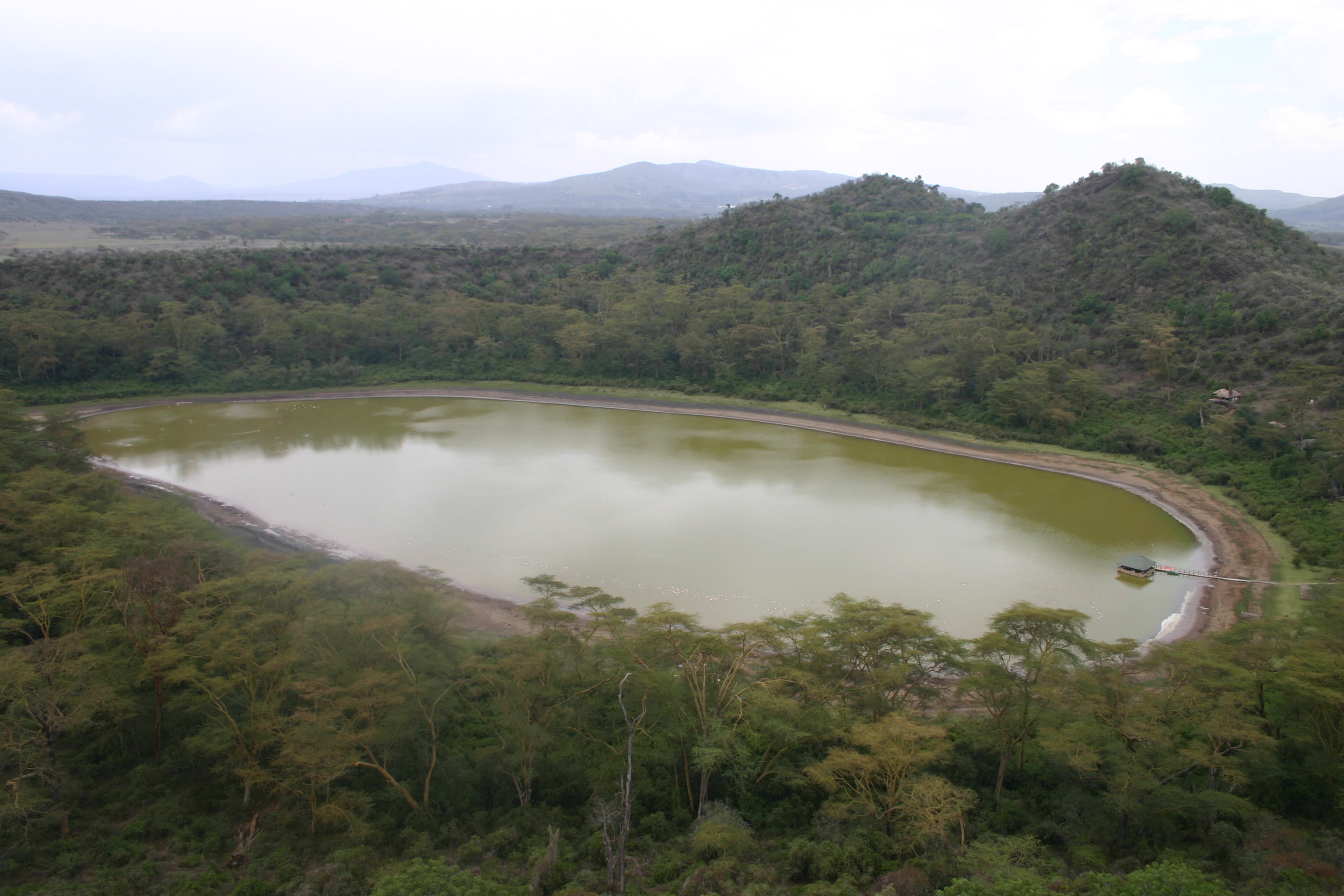 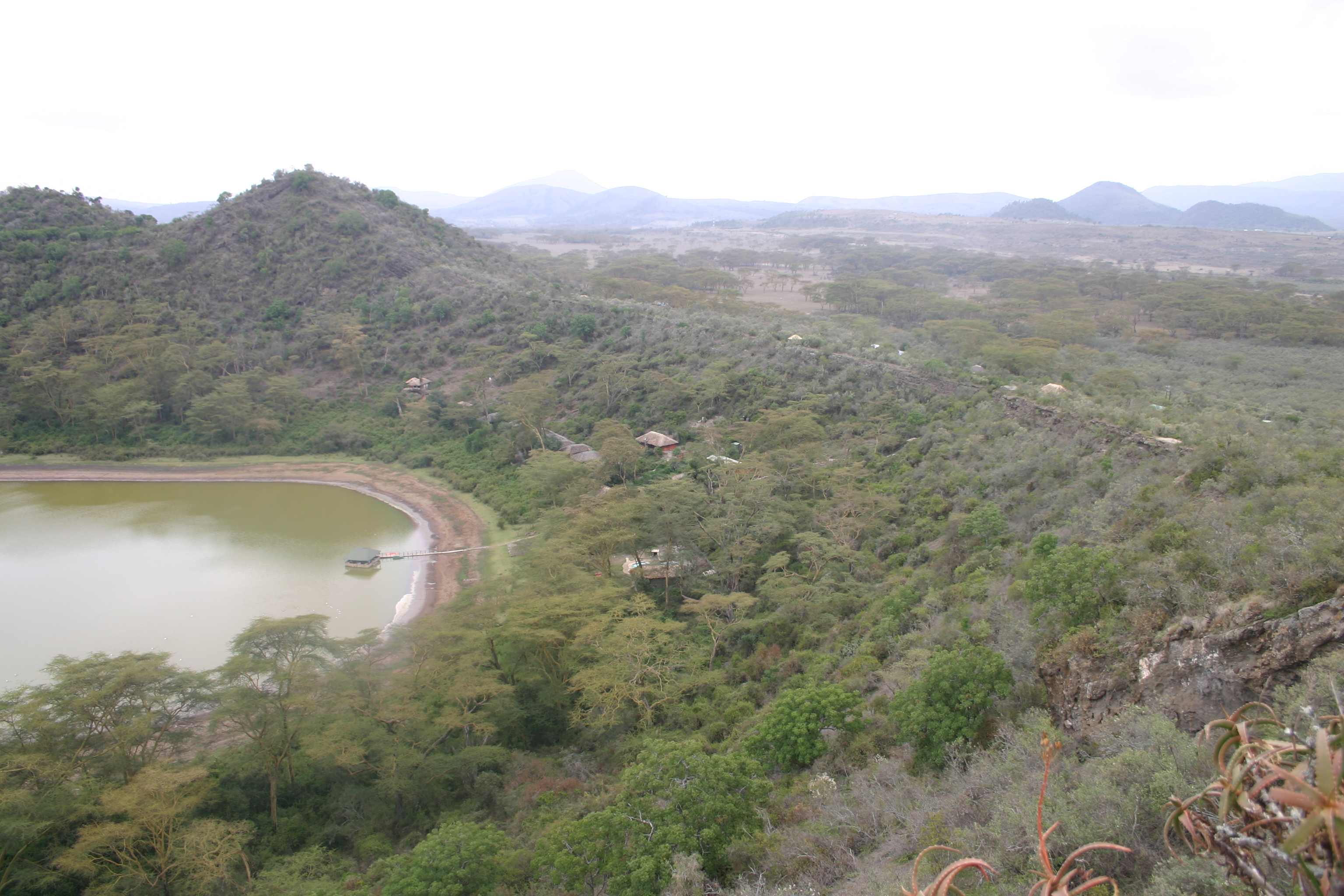 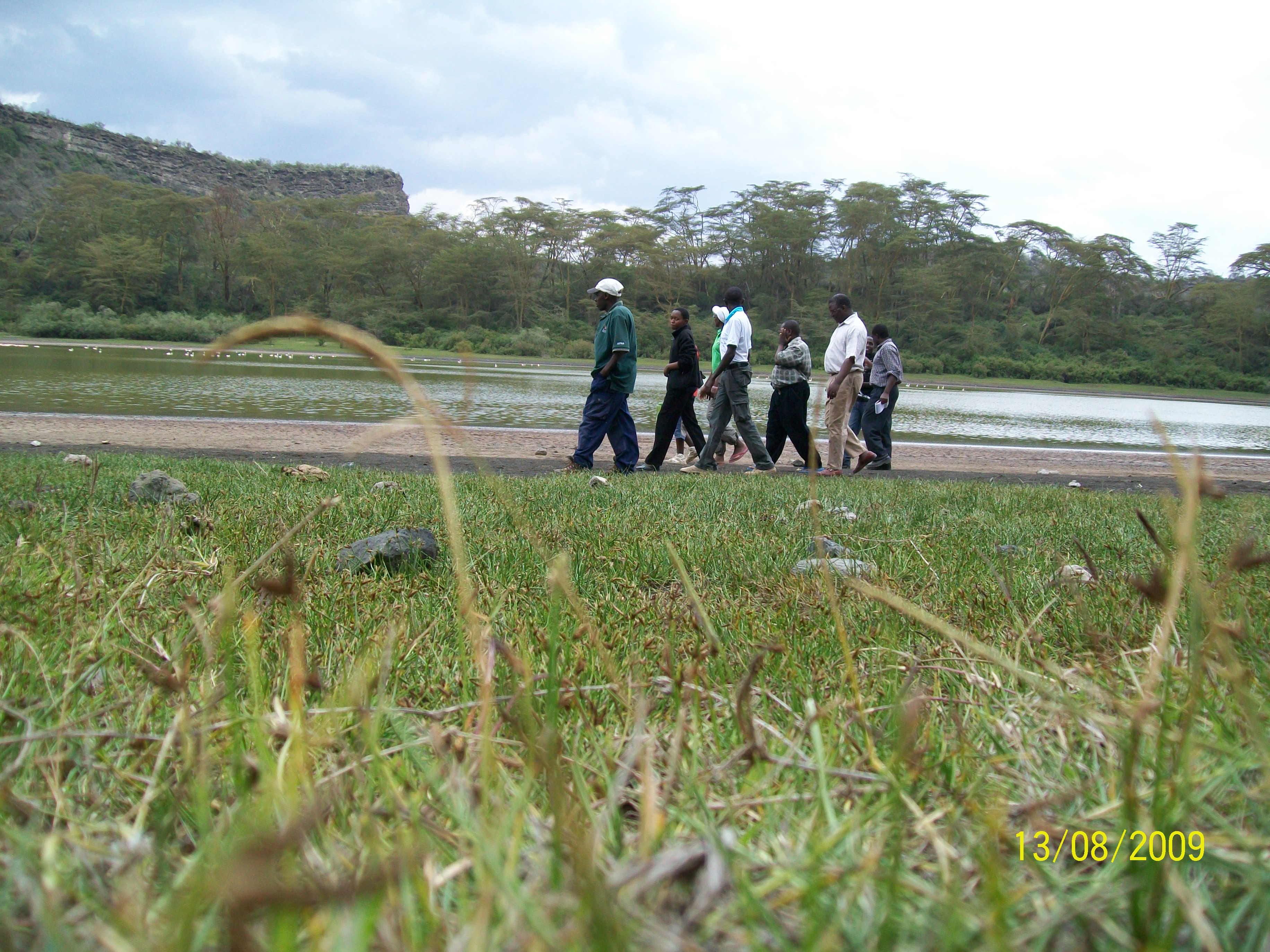 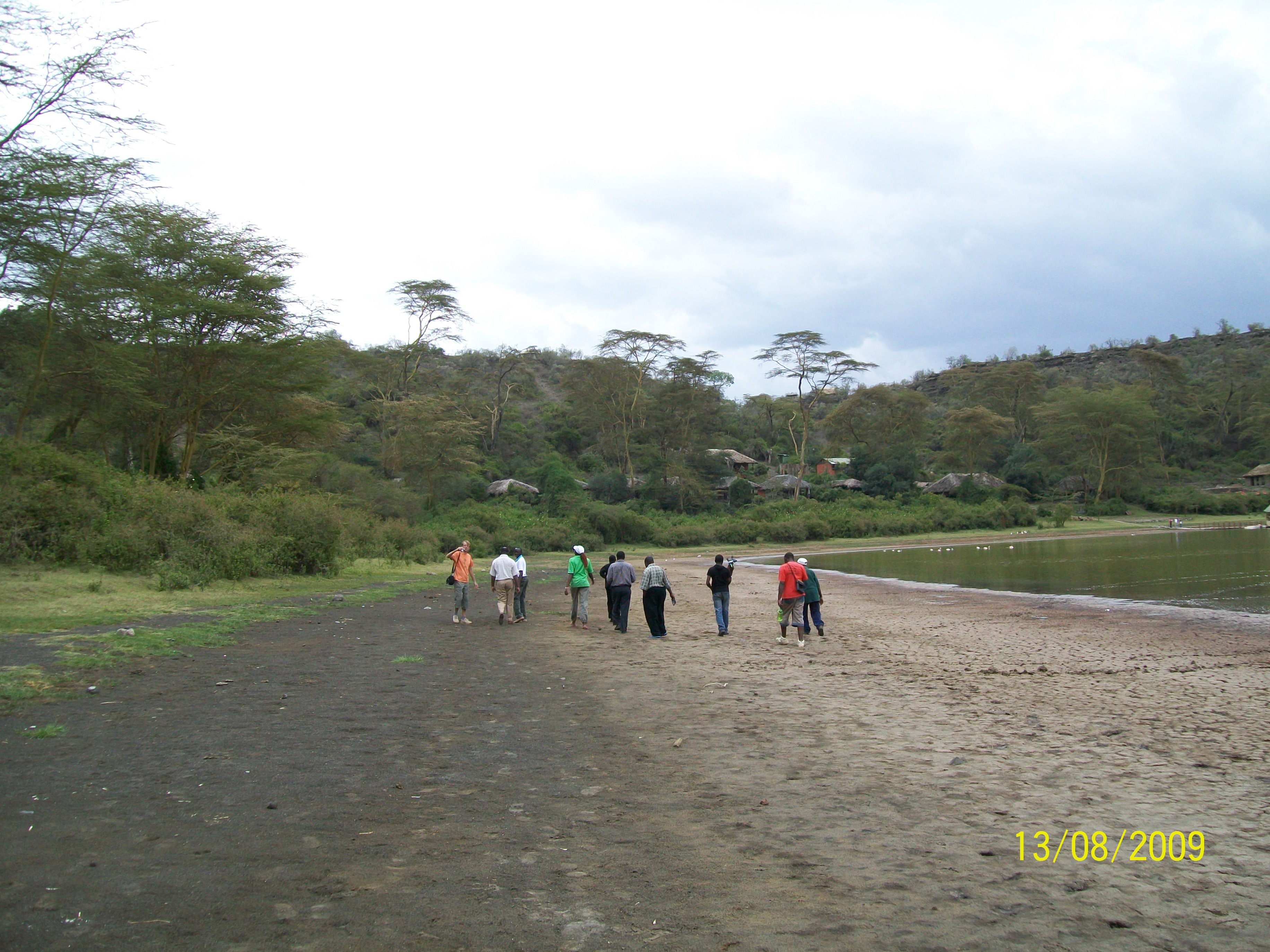 Crater Lake, or Sonachi, is a small, saline-alkaline lake to the immediate west of Lake Naivasha, inside a larger volcanic crater, with sides intact. It is privately owned, maintained as a Sanctuary, with a small tented camp above the lake. The flat land within the crater is partly wooded and holds populations of black & white colobus monkeys (Colobus guereza) and antelope such as Impala (Aepyceros melampus) and Thompson's gazelle (Eudorcas thomsonii).

The lake itself has been the subject of scientific study several times, because of its alkaline chemistry.  East African soda lakes, of which crater lake is one, are unique in the world, because their dominant phytoplankton (microscopic primary producers in the surface layers of the water) are cyanobacteria (also know as blue-green bacteria). They have this name because of their colour, due to a pigment in addition to the green chlorophyll, called phycocyanin. They are unique amongst bacteria in being able to photosynthesise in the presence of oxygen.  The commonest species in East African alkaline lakes is called Arthrospira fusiformis, commonly called by its old scientific genus name, Spirulina. This is the major food of the lesser flamingo (Phoeniconaias minor). Sonachi does not hold many lesser flamingos, sometimes very few, but alkalline-soda lakes are the only location that lesser flamingos can be found. Sometimes, they are present at Nakuru or Bogoria, to the north, in a million of more individuals.

Sonachi crater lake is believed to be maintained by the level of lake Naivasha, through a groundwater link, but this has never been proven, neither have the water levels of the two lakes been simultaneously recorded to test this hypothesis. The chemistry of Sonachi has remained stable over the past decades, unlike the nearby Oloidien lake, which is periodically joined to Naivasha and fresh at high levels of the 'parent' lake, but becomes alkaline through evaporation obver the years when it is separated.