An elected government, formally organised and coordinated by an elected President, rules the modern Republic of Kenya. In real terms, however, power is shared between two traditionally opposed powerful tribes, the Kikuyu and the Luo, leading the future of the nation. The compromise was found following the violent civil unrest that accompanied the troubled Presidential elections of December 2007, when the country split into two warring nations (the followers of the Raila Odinga against the supporters of the Mwai Kibaki). The current leadership, voted in by the 2013 Presidential election, presents a reformed mode of government based on a tandem: the current President of Kenya, Uhuru Kenyatta is a Kikuyu and is co-chaired by a Luo Deputy President, William Ruto. 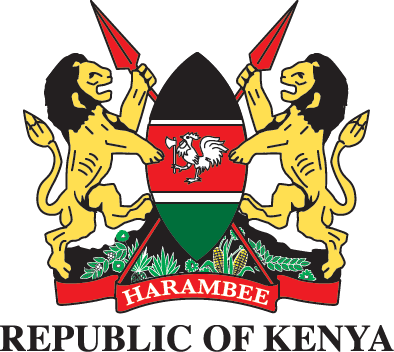 The Kenyan court of arms with the 3 colours representing the People of Kenya (black), the country's resources (green) and the struggle for independence (red), portrtayed on a Maasai shield between two lions.

The Parliament of Kenya consists of the National Assembly, representing the people, and the Senate, representing the counties. The first is composed of 349 Members, of which 290 are elected; the Senate consists of 67 members, 47 of which are elected Members from each county, 16 women are nominated, as well as four individuals who represent the youth and persons with disabilities.

Some 50 million people currently live in Kenya, administered by 47 counties. Naivasha falls under Nakuru County, the fourth largest in the country, with a resident population of about 3 million.

An important administrative and constitutional reform was enacted in March 2013, when the New Constitution came into force and the former 8 Provinces that characterised the Nation were banned, introducing the county system. Naivasha used to belong to the Rift Valley Province.